Koh Jum is a small island, midway between Krabi Town and Koh Lanta (around 25km to the north and south respectively), with Koh Phi Phi lying 20km to the west. The northern part of the island is dominated by the jungle-covered peak of Koh Pu, some 400 metres high, while the south is mostly flat with rubber plantations and scrubland. The west coast, where all the bungalow resorts are located, has around 12km of wild and (to the north) rocky beaches, facing the Andaman Sea.

There is not a great deal to do on Koh Jum. And for the tourists who return there every year, that’s precisely its appeal. No tour agencies, only one dive school, few ‘attractions’ on the island itself: in short, no pressure to be active, or be ‘on holiday’. You can just simply be: your time is entirely your own – these days, a luxury few enjoy. Of course, this slow living is not for everyone – those who need to be entertained should stick to the more touristy areas of Krabi, or risk dying of boredom. 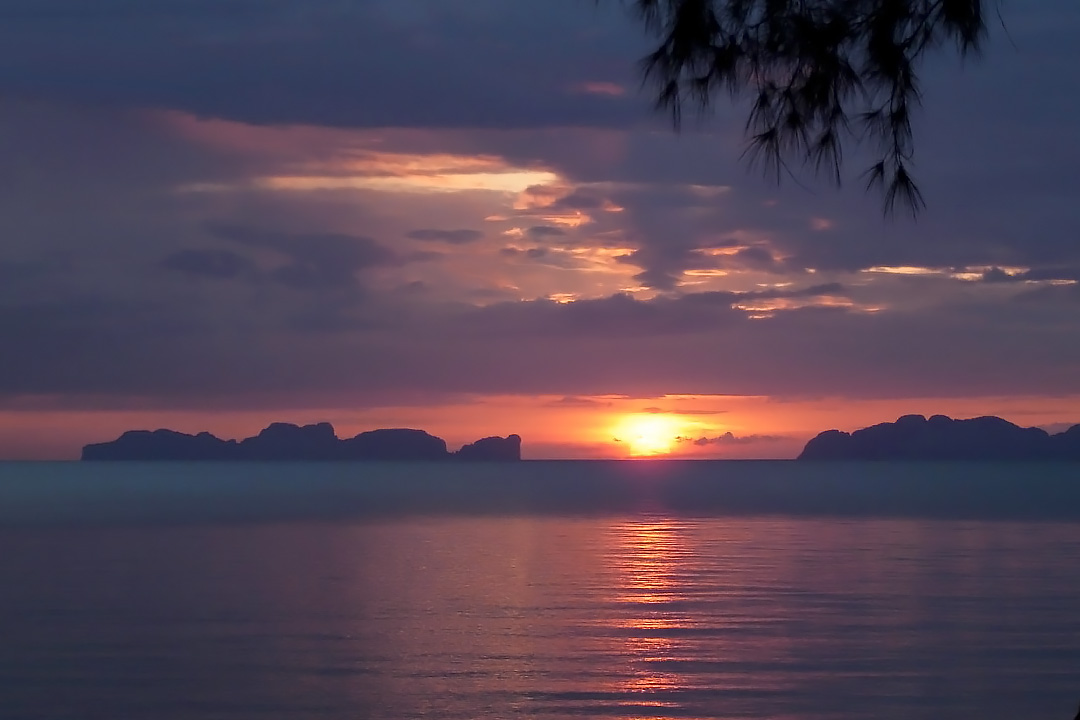 Koh Jum’s tempo ranges from slow to inert, and follows an entirely natural rhythm: you wake up early with the sun, and go to sleep a few hours after sunset – which is often an impressive show of light behind the cliffs of Phi Phi on the horizon. Infrastructure is very basic: mains electricity was brought to the island’s villages a few years ago, but only the more expensive hotels have invested in the lines to bring power to the beach, so many are still reliant on generators that are usually switched on at sundown and off again at midnight or sunrise.

Thus late nights are rare – most people are happily tucked up, under their mosquito net, by ten o’clock. There is one bar in the village of Koh Jum, but most people drink in or nearby their resort, with their tables next to the sand and cool sea breezes. Acoustic live music is a feature during high season.

Bicycles are widely available for rent

If activity is called for, day trips to Koh Rok, Koh Ha and Phi Phi are available; or a group of people can rent a longtail boat and driver and go snorkelling on Bamboo Island or around Phi Phi Leh. You can explore the mangrove-lined backwaters of the Krabi River on the east coast of the island by kayak, or inland by bicycle (rentals widely available). It is also possible to trek to the top of Koh Pu, with a guide, and you can go on fishing trips guided by the local fishermen. 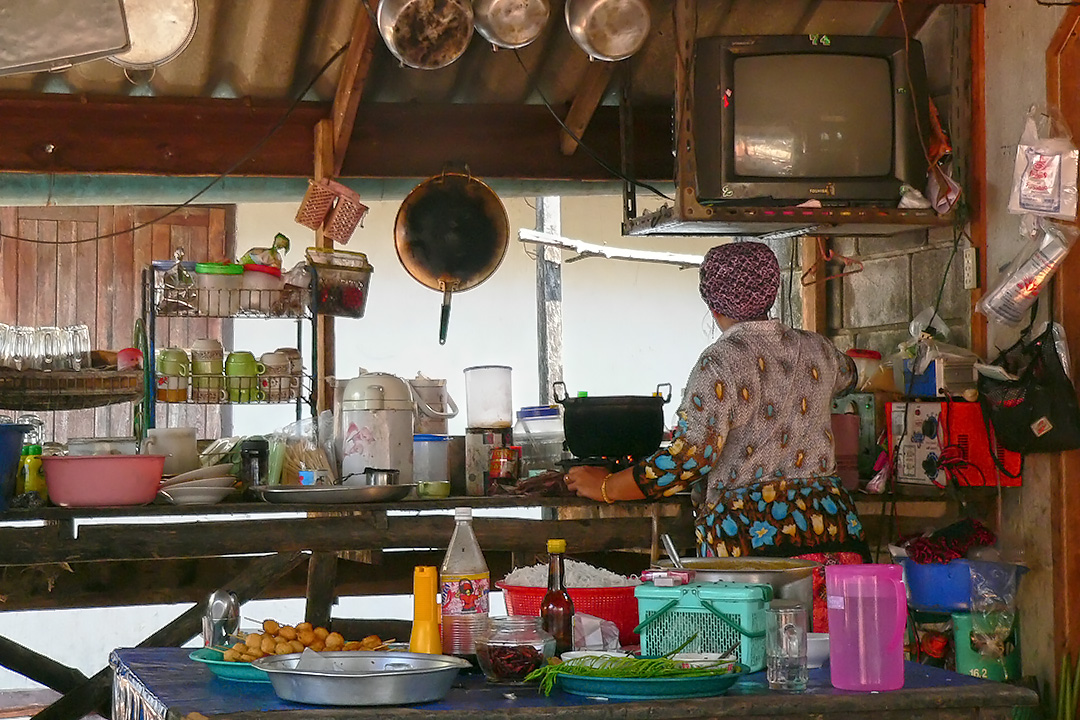 The island’s 1500 inhabitants live in three main villages: Koh Pu, to the north, Ting Rai in the middle, and Koh Jum in the south. Mainly farmers and fishermen, only a handful of the islanders have embraced the mini tourist boom – the majority of the entrepreneurs come from the mainland, or further afield. They are not averse to tourists however, and long stay guests often rent cycles or motorbikes and become regulars in the friendly coffee shops.

The west coast of Koh Jum as seen from the air.

There are no cars on Koh Jum, other than those which make deliveries to and from the pier. Most people get around by bicycle, motorbike, or on foot. The roads vary from semi-paved to almost impassable, potholed paths – the latter mostly leading to the beaches. To get from bungalow to bungalow it is easiest to walk along the beach, rather than going back to the main road. For information on getting to Koh Jum, see the link below.

Andaman Beach is the longest on the island

The island has both a Muslim and Thai-Chinese community

Shops with basic provisions can be found in the villages; for other supplies, you will have to ask your bungalow owner nicely to buy them for you on their next trip to Krabi Town. Most people eat in their resort’s own restaurant, or one nearby: this is because in most, the Thai food is usually good and authentic, and also because there is limited food available in the villages, especially in the evenings.

While the majority of accommodation on Koh Jum is in the backpacker category, there are also a couple of more upmarket resorts and villas available, offering “eco-chic” accommodation – albeit with air conditioning and pool. Always check if mains / 24 hour power is available before booking, if this is important to you – as well as no fans, it also means no wi-fi. Note that there are no ATMs or banks on the island, so ensure you have enough cash to last throughout your stay.